WHEN IT COMES TO MEDICARE, WHO PAYS FIRST? 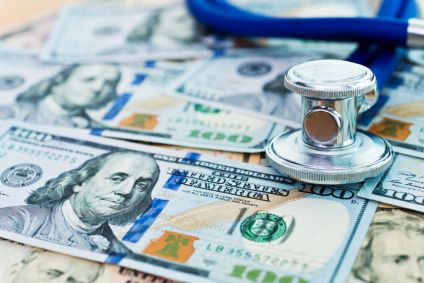 Understanding Medicare typically isn’t a hot bucket list item, and for good reason – it’s complex, lengthy and dry. Trying to make sense of Medicare laws can be overwhelming for both individuals and businesses. There are many rules, exceptions and specific circumstances that dictate who qualifies for coverage, the types of coverage available and when individuals can enroll. Similarly, when an employee or dependent is enrolled in a group plan and Medicare, the rules for who is responsible to cover that individual’s medical bills first (being the primary payor) can be equally confusing. We’ve laid out a few scenarios to make it a little easier to understand when the employer’s group plan is responsible for paying first and when Medicare takes on the role of primary payor.

Generally, if a company employs 20 or more people, the company's plan is the primary payor – that means the group plan is responsible to pay medical bills first. Medicare will pay as the secondary payor on any remaining amounts.  However, if a company has less than 20 employees, Medicare will be the primary payor, and the company plan will pay secondarily.

If an employee has COBRA continuation of coverage and is also enrolled in Medicare, specific circumstances determine who pays first. If the covered individual has COBRA, is under 65 and is enrolled in Medicare for a disability other than End Stage Renal Disease (ESRD), Medicare will pay first. However, if the individual has Medicare due to ESRD, COBRA will be the primary payor for the any part of the first 30 months of Medicare enrollment that overlaps with COBRA coverage.

For example, Jane, an employee, and her husband, Rob, are enrolled in your company's group health plan. Rob also has been enrolled in Medicare for the last 6 months because he has End Stage Renal Disease. Jane’s work hours were reduced in October 2018, making her eligible for COBRA, and she and Rob chose to enroll that same month. Because Rob has both COBRA and Medicare coverage for ESRD, COBRA will be the primary payor for his medical bills until October 2020 (24 months) because that is the amount of time his COBRA and Medicare coverage have overlapped.

Multiple employer group plans are health care plans with 2 or more employers that sponsor or contribute to that plan, such as a union.  Under these plans, if a business has less than 20 employees, but another plan sponsor has 20 or more, the group plan will be the primary payor and Medicare will be secondary. According to medicare.gov, employers can request an exception to being the primary payor if the company has less than 20 employees and participates in a multi-employer plan.

For example, Joshua is enrolled in a group health plan, and he also just enrolled in Medicare this month because he was diagnosed with End Stage Renal Disease. Because Joshua has a group plan and Medicare coverage for ESRD, the group plan will be the primary payor for his medical bills until July 2021 (30 months). After that time, his Medicare coverage will become the primary payor for his medical bills.

If you're navigating your way through Medicare law and searching for answers or more details concerning these or other scenarios for your employees and HR team, let us help! RedQuote is a team of knowledgeable and experienced healthcare advisors who are ready to help you make sense of Medicare and understand what your responsibilities are and aren't as an employer. Take the confusion out of healthcare; call RedQuote today.